The Empire is a corrupted nation ran by The young Emperor, who is really corrupted by the Prime Minister Honest. It serves as the domanant nation of the world in Akame Ga Kill. They are the main antagonizing faction in the original series.

The Empire was created by the First Emperor.

The Empire's domance is controled by the Military which serves as the upper class of the Empire's faction, the Military has the right to execute any person they find an enemy and enslave their loved ones, (This happened under the rule of Prime Minister Honest) The Middle Class is the Aristocrats and Peasants who are equals and rich. The Third class is slaves enslaved by the Military and contestants of the games against the danger beasts.

Known Citizens of the Empire 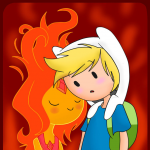