There is a page named "The Empire" on this wiki. See also the other search results found. 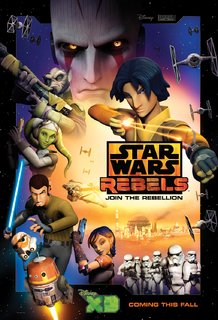 This wiki is about the Disney XD and sequel show to Star Wars: The Clone Wars named Star Wars Rebels about a group of 6 ragtag rebels fighting the empire from Lothal to across the galaxy the group consists of…