Sakura has the appearance of a 13-year-old young girl, despite being 19, shown when several of her future teammates took her to be a 13-year old girl harassing them. She has long flowing black hair with a black ribbon as a hair ornament. She is usually seen wearing a black dress with red frills, black stockings supported with garters and a red boots. She wields a huge purplish axe as her main weapon. In the anime, her lip color changes from pink to purple when she's about to get dangerous. She has black hair and crimson, red eyes. She also wore a metal headpiece with a symbol of her tribe which matched the ones on her chest plate and shoulder guards.

She is strong-willed, shown when she went on to challenge Esdeath despite knowing that she would be beaten. When, her elder brother; Numa Seika was paraded in front of her, she displayed her will of steel and earned Esdeath`s irritation and wrath. According to Esdeath, she is a charismatic female warrior who feared nothing except for dying. 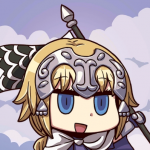