First Sin:Ketsuekiame(Saisho no Tsumi:Ketsuekiame,最初の 罪:血液雨, meaning "blood rain") is an mysterious sword-formed Shingu, which is wielded by the restless traveler Shiroyuki. It’s origin is not officially known, but it was discovered by the revolutionary army.

Ketsuekiame is a rustic long sword katana which looks manorial despite of its obviously expiration and is wrapped with long, old and chapped white bandages at the handle. The blade itself has a dark silver colour and is a little bit rusty, but although sharp enough to cut a human body in half with one slice. The handle is carved of a very pale wood, which looks impressive (Yu called it once “ghastly white”). On the handle is engraved the Kanji for "white silence"(白い沈黙 , shiroi chinmoku). These letters are in a dark colour, that got a creepy dark shine effect. Despite of the fact, that it is a katana, it got more a name as an execution knife in the bloody wars of the empire.

As a strong Shingu (it is not really sure, if it is a Shingu or a Teigu, but the opinion is concluded of its self destructive force), it got special powers. First Sin:Ketsuekiame has the ability to cut great wounds from distance without a touch, just with one slice. It has a minor control at the released blood, as well. The direct cut with Ketsuekiame causes psychotic delusions and paranoia, and after hours, death by organ failure. In Shiroyukis wield, the Shingu can also used to tie up enemies with the wrapped bandages, while attacking them. But holding Ketsuekiame is a worse pressure for the user.

The true origin of Ketsuekiame is known by nobody. This causes the uncertainty about the sort of the sword. Some imperial historians claim on antique stone plates in ruins near of the west border of the imperial kingdom, where is written about a grim sword, that it is originally a Teigu prototype of the famous Teigu “Murasame”. On the other hand savants from around near the mountains of the east and the imperial capital are claiming convinced, that it was one of the last and greatest Shingu which were produced with the demonic spirit of a berserk monster and wielded first by the emperor’s seventh son. After his death, clearly caused by ketsuekiame, the emperor gave the order to destroy the sword. But after one year, nobody could manage this, so the sword was supposedly sealed in a tomb. Both legends are unconfirmed, but some historians are saying, partly both are the truth.

In history, the demonic spirit of the sword has often manipulated their holders, to commit suicide or cause a massacre. The most of the other holders went crazy after years of use. After all, it was ~200 years missed by the imperial army. In the year of the revolution, it was discovered by the young revolutionary Shiroyuki in a tomb nearby the capital. The spirit, which always won the fight about the mental control between user and sword, was surprised and impressed by the conviction of the girl at the first time, she hold Ketsuekiame in her hands. But although, the spirit was very powerful and tormented Shiroyuki mentally. In contrast to all the other holders of Kotsuekiame, Shiroyuki didn’t went crazy, but created a second personality, which endures all the psychic torture. That personality was named Akatsuki. In cause of this happening, Shiroyuki was able to use Kotsuekiame as the first user completely unscathed. But while fighting or in extremely emotional situations, it happens that she changes to her second personality Akatsuki, which makes her a kind of evil and bloodthirsty. Also she loose her temper lightly and aggressive. In this “mood”(Akatsuki), she has something like a symbiosis with the demonic spirit, which makes her very strong, powerful and fast. But also the negative traits of sakuretsushiki (the demonic spirit) are contagious to her. After Shiroyuki realized, that she is dangerous for her comrades as her enemies and that the revolutionaries sometimes were cruel as the imperial forces, she left the revolutionary army. 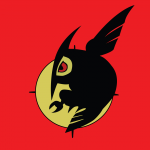