Masquerade Reality: Clear is a Teigu that takes form a check-patterned briefcase. It is currently in the possesion of the Revolutionary Army.

Clear was a support oriented Teigu taking the form of a briefcase, that empowers the user to change his or her physical trademark, this also means copying the person's personality and habit. Although, the Teigu need the person's body sample (blood, hair, skin, and so on) for it to work.

In the wake of taking a sample of the person's body test, the user then puts it inside the case, which then makes the Teigu gleam into a somewhat blue light alongside with the person holding the case, this implies various individuals can be influenced by the ability.

The duration of the ability is dependent on the number of body sample collected.

The briefcase can also be a melee weapon or a shield because of its significant weight. 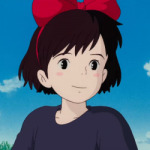